Just bought this packet of lovely thick cartridge paper to mount my college work – but what could I do with the other 70 odd sheets?! Somehow I don’t think I’ll be needing to buy paper for a very long time. 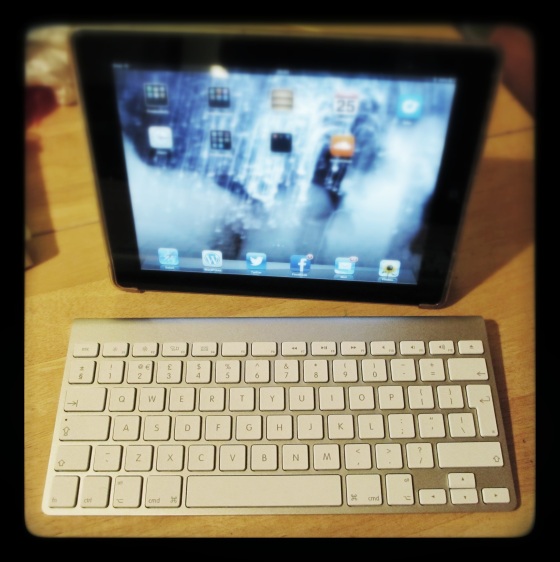 There are six minutes left of my forty-third birthday. It has been a good day. I enjoy birthdays – well-wishing, presents, attention – who wouldn’t?

I am now one minute into my forty-fourth year. So far, so good.

In the photograph is my new wireless keyboard. It is great. It’s an apple product – of course it is great. They may have their critics and their failings but Apple certainly know how to churn out gorgeous chunks of industrial design sex. One of capitalism’s more agreeable triumphs.

There is a Dave Brubeck documentary on. It’s jazz that I like, which is a new sensation to me. This is good. New sensations are thin on the ground as a person ages. It also gives me the inspiration vibe – the one that makes me want to get the paints out. It’s a vibe (and I don’t believe in ‘vibes’) that is commonplace these days – I have a few ‘directions’ at the back of my mind – things I want to play around with.

Aside from the painting, construction etc I’ve been toying with the notion of making my own paper. A cursory glance at the internet gives the impression that is is a discipline with a very low barrier of entry. I have already begun to assemble some rudimentary materials for it. I want to take it further than just paper though – stick some unlikely materials in there, see what occurs.

There is a danger that I am all talk, and no getting things done. I begin the next block of college projects next week and time will be squeezed again. Less time to experiment. Unless I do it within the college framework. Yeah, may ask the tutors if anyone has any paper-making experience. One of the new subjects is textiles – I’m sure I could shoehorn paper-making into that somehow. I look forward to it.

3-D Form is another new subject. I am led to believe that we are going to be making a container of some nature. Right up my construction alley.

I noticed that I have 7% power left on this machine. I’m glad that we don’t have a similar percentage alert left on our lifetimes. Although, I am sure it is a concern mulled over somewhere in the ocean depths of our subconscious.

Thirty-seven minutes into my forty-fourth year and 5% power. Numbers whisper ‘go to bed…’ 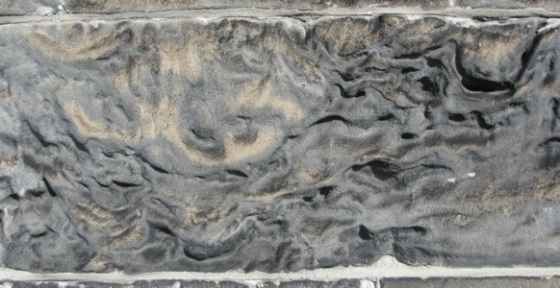 I did actually try to post an entry from the college IT suite the other day but it took so long to try and publish that I gave up.

Anyhoo, I’ve been so busy with college, home and work that I haven’t had time to post anything on here. I don’t think I will have much time for it either – I’m not going to close the blog though as it is still nice to have the option to post. There may be occasional visual things to share. I know that successful blogging is all about doing it often but that just won’t be possible (unless, like today, I am up at 6 am with my boy).

I see there is a 29 Faces in September project underway like the one in May I took part in. I’d love to do it but there just ain’t the time now.

Ok, I can hear my daughter coming down the stairs so it is time to get on with the day. Till next time.

I was reading an Into The Orchard post about an Oasis album it got me thinking about albums I have totally loved and, although I’m not a big fan of ‘lists’, I’ve decided to post a list of some of my faves. Here goes. No particular order of preference.

AC/DC – Back In Black

The Waterboys – A Pagan Place

Van Morrison – Into The Music

The Decemberists – The King Is Dead

Ok, I’ll stop at twenty. I realise a lot of these are obvious big name albums but I’m not ashamed to say I have loved them all at different points for different reasons. I could have gone on and on. The thing is – there are so many gems out there that I have not heard – so any suggestions most welcome.

Today was my official study day and tomorrow is my designated day off so college finally starts in earnest on Wednesday. I am looking forward to it although there are some natural nerves. There was some info on the college website about the life drawing class – I haven’t drawn from life in a long time and I know my work will benefit greatly from it so bring it on. It’s good to have a couple of days before it starts to ready myself.

I’m really kind of writing this because I haven’t posted anything for a few days and nothing regular for even longer. I have been doodling on occasion but not felt the need to post any of it – the urge to blog is a strange beast – I know I’ve posted really pointless drawings – just this side of nothingness really, but felt the desire to share – and sometimes I do stuff that I think is a bit more worthy but just don’t want to share at all. Anyhow, here I am just blogging for the sake of it. Maybe there are things on my mind.

I am about to enter a period of transition that will change many aspects of life for me. This is my final whole week of being a stay at home dad. Next week my daughter starts primary school, my wee boy is going to full time nursery and I am going to enrol in college. So, all change on the home front. Clearly I have feelings about the change but I’m not going to dwell on them here.

So, what else has been rattling around my cranium lately? Oh yes, the Olympics. It seems that much of the country (known as the United Kingdom), has been riding on a two week euphoria rush of an almost fevered religious nature watching the London Olympics – I have found it a touch unnerving to behold. Don’t get me wrong, I’ve always been really fond of sport and have enjoyed aspects of the Olympics in the past but I just didn’t get the fuss this time. Perhaps I am bitter as I was working many evenings and missed many of the higher points of the games but I think it’s the fact that we’ve had to suffer the 7 years of hype leading up to them – I’ve found it excruciating at times – an almighty plastic parade of frenzied capitalism with very little resemblance to sport as I know it.

Apparently everyone has been rallying behind TeamGB and the ubiquitous Union Flag – and therein lies my problem – flags are about identity when it comes down to it and I just do not identify, relate or have any positive feelings towards the flag. Im a Scot and a Northern European, for sure, but I’ve never felt like a Brit and probably never will – I just don’t get it. Oddly enough, the games seem to have thrown up the issue of Scottish independence – both sides of the political divide claiming points on the back of athletic success – (Scotland won more medals per capita than England did etc). I read some particularly nasty tweets from so called unionists earlier but seeing as they seemed to come from people of weapons-grade stupidity, I dismissed them.

I think the point I seem to be labouring towards is that it was two weeks of sport, nothing more or less. Yes it was brilliantly staged and arguably the best Olympics so far, but as time, technology and human capability rolls onward, so it should be. Set in a first world country with gargantuan amounts of money thrown at it anything other than utter success would have been unimaginable. And was it great? I only have the BBC’s word for it – and that was hardly impartial – I found it difficult to follow the proper news through them over the two weeks.

There is also much talk of ‘legacy’ – that there is going to be an abiding benefit to the country on the back of it all – there has been a lot of knee-jerk politics shouting for more competitive sport in schools and the like – although, let’s face it, high end elite athleticism is beyond the majority. I feel that we are so close to the hype that judgements are all pretty obscured (including my own!)

I didn’t intend to rave on about the Olympics for so long but there you go – at least I’ve blogged something this week. I realise I will be in an absolute minority (of one) regarding the games, and some may find me offensive, but there is a feint whiff of religiosity about it and clearly that kind of thing should be butchered at birth. I’ve said enough on the subject now so here’s to Rio and a lack of bias.

Been playing with ink, paint and WD40 on wood – clearly needs work.

Another photo for the photo project I’m doing. Theme being messy today’s unscheduled DIY project fitted the bill. I had to smash up the floor tiles in the hall in order to get a carpet fitted properly. Apart from the brief buzz of primal violence with the hammer it was a complete pain to do. Thing is, I’m not finished so I’ll have to rest, regroup and hit it with renewed gusto in the morning.

I had planned to do a wee celebratory drawing of some kind to mark today’s fantastic news that gay marriage is to be allowed in Scotland. Well done the Scottish government for being so forward thinking and ignoring the vile homophobic views of the Catholic Church and Church of Scotland (not to mention Muslim leaders). Apparently the fabric of society (whatever that abstract nonsense is) will now crumble before our very eyes – or perhaps it will have no effect at all other than all those who love one another will be able to make a binding commitment, if they so wish. Our little country just got that little bit better today.

I painted a wall earlier – although it may not look it here the colour is eerily close to Facebook blue – a dark subliminal choice? More like it goes with the carpet we are getting tomorrow. Made me want to do some proper arty painting though.

Is undrawing a thing? Think I’m doing it.

I’m no photographer but I’m taking up the wee challenge of the fab into the orchard blog. This weeks theme is messy… 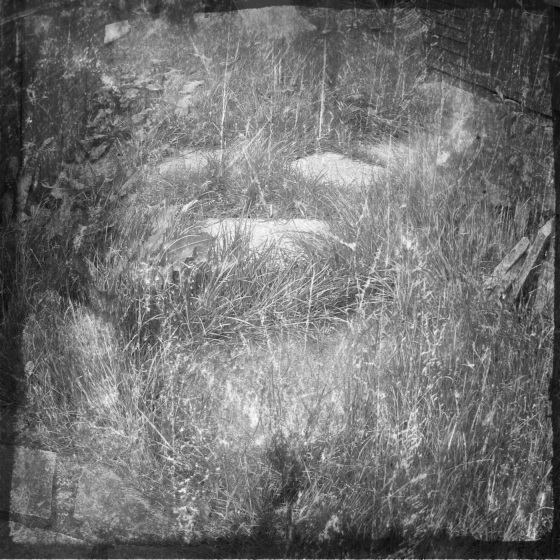 We’ve just come back from two weeks in the Hebrides and its been fairly wet here in Aberdeen by the looks of the grass. Perhaps mess is a subjective thing and long grass may not offend everyone. As usual the photo has been app’d, filtered and messed around with (no pun intended). 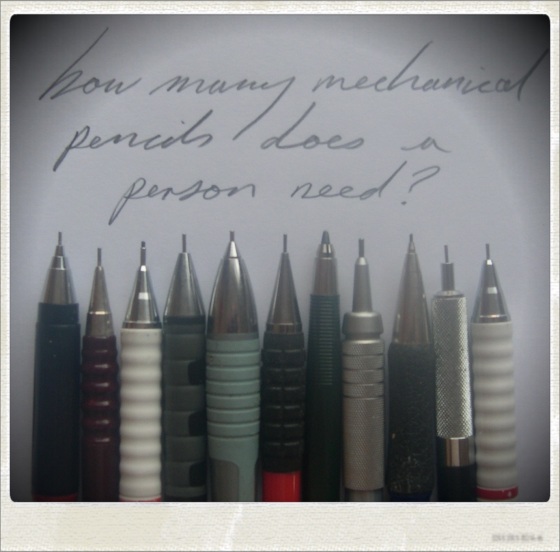 There are probably more – and I wouldn’t rule out getting more either. What I would really like is a Rotring artpen style clutch pencil – which they no longer make. The maroon rotring one in the pic has W. Germany on it – so I’ve had it for a while. There are worse addictions a person could have.

Ok, I’ll get back to enjoying the fabulously hot, sunny day we have here in the dear grey place.